You’ve probably thought about being vegan, having heard of the myriad of healthy benefits it can give you. Also, it doesn’t hurt that incredibly awesome actors like Peter Dinklage, Natalie Portman, and Jared Leto and celebrated personalities like Ellen Degeneres, Martina Navratilova, and Bill Clinton are vegans. The thing is, temptations abound when you happen to be going on a straighter, better path. And you really don’t want to let go of your everyday treats.

But depriving yourself of decadent pastries, deliciously sweet cakes, and other heavenly desserts is a thing of the past. Being a vegan these days does not have to mean letting go of precious treats — not when you have got places like this Burlington, Ontario bakery that has won countless awards for its vegan and gluten-free desserts.

Kelly’s ultra popular Burlington bakery, called Kelly’s XO Bake Shoppe, has been making waves with vegans and non-vegans alike. First, Kelly, Erinn and their bakers use only the finest and organic ingredients in order to create 100 percent vegan and gluten-free treats. And second, there are multiple options to choose from, so you won’t just be picking up a box of cupcakes or a pack of cookies. 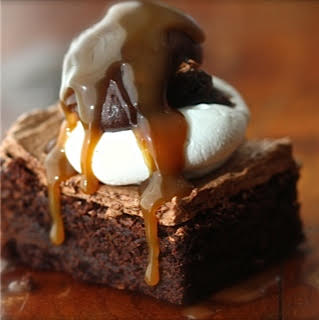 This award-winning Ontario bakery also does spiced muffins, fun cookie sandwiches, glazed donuts, and brownies stacked so high (Mile High Brownie), it’s considered a full on cake. Imagine bringing home a brownie piled with vanilla buttercream, another brownie, chocolate ganache, and — wait for it — drizzled caramel sauce, to your kid’s birthday party. You will not only be showered with love and possibly a lifetime of adoration, but you will also be safe in the knowledge that your kid and her little guests will be enjoying a healthy yet tasty brownie ever.

Since we’re on the subject of cake, you could also get a wedding cake — of your own or for your daughter or son who is about to walk down the aisle. It’s a great way to encourage friends and other guests to try and become vegans. It’s also an effective way to let them know that they do have better options for desserts — other than the ones they have been used to, which are loaded with processed ingredients and lots of sugar.

It’s not all that hard to get rid of the usual sweet treats in your diet. You just have to think about eating in a totally different way. And to discover awesome little finds in Ontario, like this Burlington vegan and gluten-free bakery called Kelly’s XO.