Imagine living in a home that avidly champions a healthy lifestyle; there wouldn’t be much chance of you going astray. This was and remains to be the case for Erinn Weatherbie. She grew up in a very health-conscious home and such orientation made the habit of healthy living so deeply engrained in her that it has become her passion and career in adulthood. 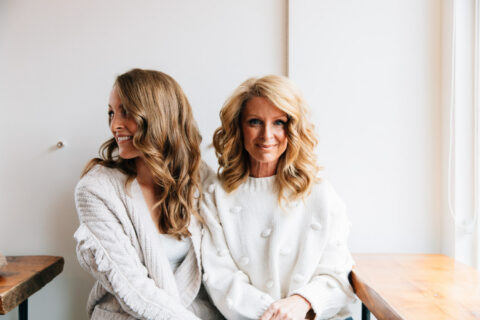 Much of Erinn’s advocacy for health and wellness stems from, her mom, Kelly’s influence. Canadian entrepreneur extraordinaire, Kelly Childs is considered a pioneer in the nation’s plant-based movement. Besides being the co-founder  of Lettuce Love Cafe (she sold it in 2017) and the co-founder and co-owner of Kelly’s Bake Shoppe, Canada’s first and most popular gluten-free and plant-based eating establishments, she is an ardent healthy living coach to her customers and has appeared numerous times on national TV, various magazines and newspapers, and voted Canada’s Best Health Motivator in 2012. She lives an exhausting life to watch!

Erinn grew up the lucky guinea pig of Kelly’s innovative, inventive, and scrumptiously healthy recipes. She took her inspiration from watching her mother whip up incredible dishes that never sacrificed flavour at the altar of wholesomeness, or vice versa. She was certainly a first-hand witness to the very possible balance of taste and nutritive value.

In 2012, Erinn fell ill despite her natural and health-oriented lifestyle. Months of suffering and inconclusive testing shed no light to the cause of her condition. She did a massive amount of research, but it remained a mystery until she finally successfully zeroed in on the culprit: anxiety, wheat and gluten. Upon this discovery, Erinn jumped into meditation, and proceeded to switch to a gluten-free diet, taking probiotics and digestive enzymes in the process to help herself heal, as well as, prevent future damage.

Such an episode brought to the attention of the mother-daughter tandem the very real danger of stress and food sensitivities and allergies. They kept this concern in mind when they together opened Kelly’s Bake Shoppe in late 2012, which is why their bake shoppe is 100% organic, gluten-free, dairy-free, egg-free, peanut-free and vegan too.

Kelly and Erinn are now the fabulously successful, best selling authors due to their cookbook release in 2016, called Made With Love. This book continues to dazzle and make a difference in people’s lives by encouraging them to prioritize good food. The way this mom and daughter do it, the notion of deprivation never comes to mind. They’ve certainly made the alternative more tempting through their healthy plant-based and gluten-free recipes. Indeed, going wholesome has never been more palatable. (You can buy it here)

Kelly and Erinn continue to show the world how to enjoy a life of true quality. Their example inspires many to adopt a lifestyle very much a la Kelly and Erinn living, which is one that is filled with a ton of passion, kindness, consciousness, and superb health.